The Sariska Tiger Reserve is an Indian national park and wildlife refuge located in the Alwar district of the state of Rajasthan. The topography of Sariska supports scrub-thorn arid forests, rocky landscapes, dry deciduous forests, rocks, grasses and hilly cliffs. This area was a hunting preserve of the Alwar state and it was declared a wildlife reserve in 1955. In 1978, it was given the status of a tiger reserve making it a part of India's Project Tiger. The present area of the park is 881 sq.km. The park is situated 106 km from Hindaun, 107 km from Jaipur and 200 km from Delhi.

The area of Sariska, being a part of the Aravalli Range, is rich in mineral resources, such as copper. In spite of the Supreme Court's 1991 ban on mining in the area, marble mining continues to threaten the environment.

The most attractive feature of this reserve has always been its Bengal tigers. It is the first tiger reserve in the world to have successfully relocated tigers.

The reserve is also the location of several sites of historical importance such as the 16th-century Kankwadi fort, originally built by Jai Singh II, located near the centre of the park.

Pandupol in the hills in the centre of the reserve is believed to be one of the retreats of Pandava. The Hanuman temple in Pandupol is a pilgrimage site which causes problems for the wildlife, due to the heavy traffic. The area also has buildings associated with the kings of Alwar such as the Sariska Palace, which was used as a royal hunting lodge of Maharaja.

By Air:
The Jaipur Sanganer Airport is the nearest airport from Sariska and is located in Sanganer, approximately 107 kilometers from the National Park. All major destinations are well-connected to the Jaipur Airport. Delhi Airport is just 200 kms away.

By Rail:
The nearest railway station is located at Alwar, 37 kilometers away from the Sariska Wildlife Sanctuary. Delhi to Alwar:165 Kms, Agra to Alwar: 165 Kms, Jaipiur to Alwar: 150 kms

By Road:
Sariska Wildlife Sanctuary is located off the Delhi-Alwar-Jaipur Road. Jaipur is located 107 kilometers away from the wildlife sanctuary and 200 kilometers from the country's capital, New Delhi. 200 kms from Agra, 240 kms from Ajmer. Sariska is well-connected with Alwar, which is directly connected to NH-8. 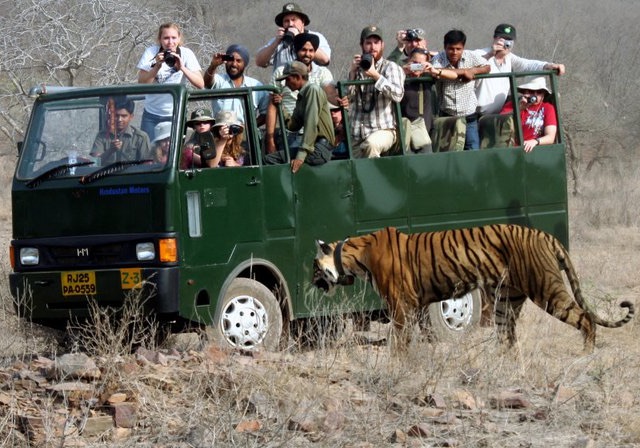 Canter (big van) safari - max 20 people but they expect a min number of atleast 12 to 15 and at times you need to pay at the gate in cash for the missing people else may be cancelled. This is again for given zone to which the ticket is bought (but don't worry, we pick the right zones based on sighting info & predicatbility index). Duration is approx 4 hours. But please note that WildTrails Expert tracker will NOT accompany you nor we can pick/drop from the resort to the gate and also we cannot take ownership of this happening. Recommended if you are on a very tight budget. 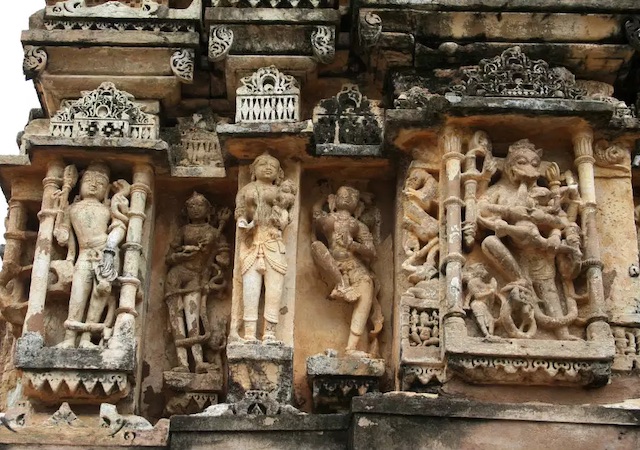 Neelkanth is possibly the oldest attraction and most famous travel destination in the entire region surrounding Sariska. It is a cluster of more than 300 Hindu and Jain temples that date back to 6-9th century AD. Neelkanth is located near the buffer zone of Sariska Tiger Sanctuary and is perched on a plateau above the hills near Rajgarh village. The temples are overlooked by the silhouette of Rajorgarh Fort. It is a fantastic experience for nature lovers and history buffs to stumble upon these ruins amidst fabulously green landscapes. The temples have intricate carvings on pillars and some wonderful statues of various mythological figures. The most important of the temples here is the Shiva Temple. Another great and artistic attraction is a huge statue of Jain Tirthankara, Shantinath, which is located close by. It is locally known as ‘nogaza.’ Approx distance is 25 kms inside the park and approx duration is 3 hours (including travel). 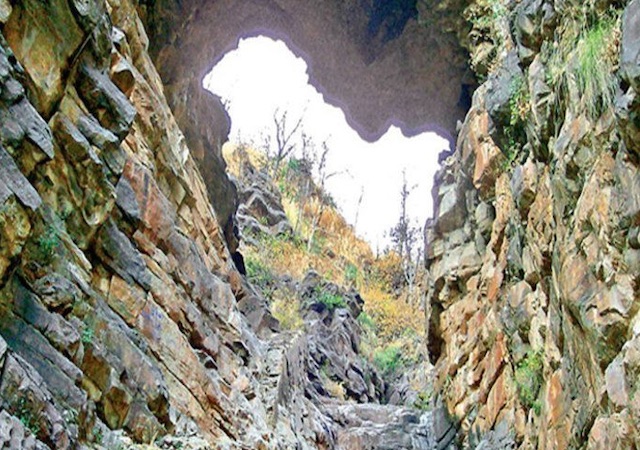 The Hanuman Temple is said to be a staggering 5000 years old! There is an incredible legendary tale of Bheema, one of the Pandava brothers, using his mace to create the ‘pol or gate’ when their way was being obstructed. Thereafter, an encounter with Lord Hanuman resulted in the temple being constructed by Bheema. This historical site is located deep within the confines of the Sariska Tiger Sanctuary. It is an adventurous hour-long drive from Sariska and is set among local date palm trees. The temple has a giant idol of Lord Hanuman and the entire history of the temple is signposted on a board behind the temple.The Hanuman Temple is said to have been in existence for thousands of years, while Pandupol is a natural opening (gate) in the rocks through which the Pandavas are believed to have passed in their period of exile. There are lovely reflections of the palm trees in the adjacent stream while monkeys are treated as reincarnations of the monkey god Hanuman and devotees offer them prasad. Approx distance is 20 kms inside the park and approx duration is 3 hours (including travel). 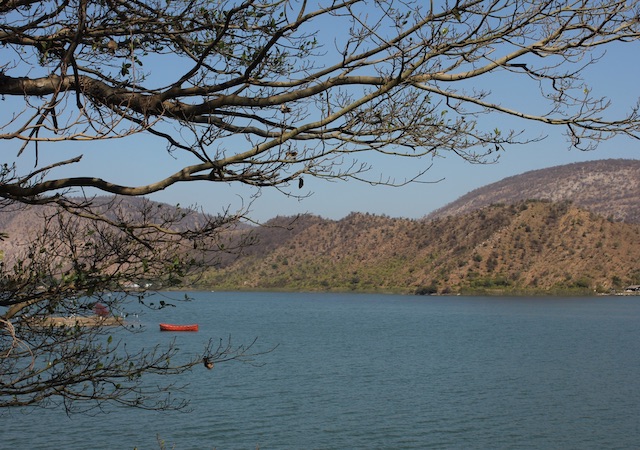 Constructed before 100 years. Developed as a tourist spot. Boating facility is available. This pretty lake is festooned with domed cenotaphs, which themselves boast of grandeur in architecture. This nice lake offers boating to tourists and the view of hills from there is awesome, photographers can spend hours over there. Approx distance is 30 kms and approx duration is 4 hours (including travel). Includes Travel, guide, tickets, parking, toll. 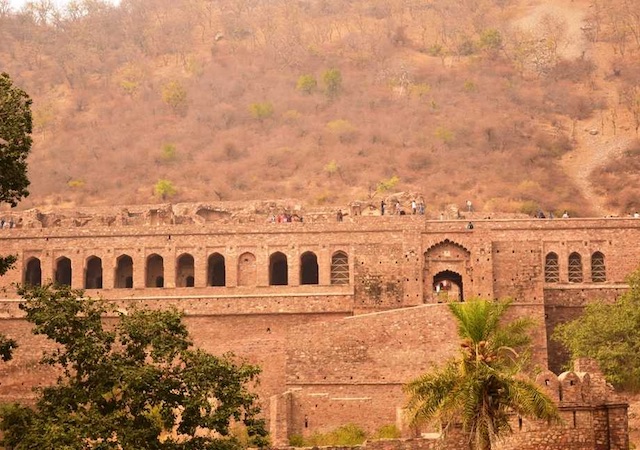 The Bhangarh Fort is a 17th-century fort built in the Rajasthan state of India. It was built by Bhagwant Das for his younger son Madho Singh. The fort and its precincts are well preserved. The Bhangarh Fort is located on the border of the Sariska Reserve in the Aravali range of hills in Alwar district of Rajasthan. The nearest village is Gola ka Baas. The fort is situated at the foot of the hills on sloping terrain. The ruins of the King's palace are located on the lower slope of the hills; trees surround the pond area and a natural stream falls into the pond within the premises of the palace. Entering through the main gate of the completely ruined fort city, one can find temples, palaces, and Havelis. At the entrance of the main gate are many Hindu temples such as Hanuman Temple, Gopinath Temple, Someshwar Temple, Keshav Rai Temple, Mangla Devi Temple, Ganesh Temple, and Navin Temple. Next in order is the Nachan Ki Haveli (dancer's palace) and Jauhari Bazar (market place), followed by the Gopinath Temple. The Royal Palace is located at the extreme end of the fort's limits. Approx distance is 30 kms and approx duration is 4 hours (including travel).